John began his career straight out of high school photographing summer camps in the Northwoods of Wisconsin. After graduating from Columbia College in Chicago, he moved to NYC to work as a photo assistant and, as luck would have it, his next-door neighbor was the photo editor of Marie Claire Magazine. As the editor ramped up her career moving from magazine to magazine, so did John. His specialty was photographing womens' health issues and lifestyles. A calm, caring demeanor placed his subjects at ease and made them relaxed so that he could bring out the best In them, the picture, the story. His work has been published worldwide in Glamour, Cosmopolitan, Marie Claire, Ladies Home Journal, Rosie, Parade and Donna Karan.

We stand by our work and reputation because our name is on every portrait!

In June, 1984 my brother, Terry, was killed on his bicycle and I witnessed a media feeding frenzy. Terry was fifteen years old. I was seventeen and our dad owned a flooring company installing carpet, tile, wood flooring and linoleum. He had a job for Terry to pull up astroturf at a local funeral home in downtown Gurnee, Illinois. My father told himnot to go on Grand Avenue and that he should take a backroad safer route. “If you don’t take Stearns School Road you will be killed,” were my dad’s last words to him. Terry never had a job before and was eager to make money. He didn’t listen to Dad and was hit by an automobile on his way to the funeral home. 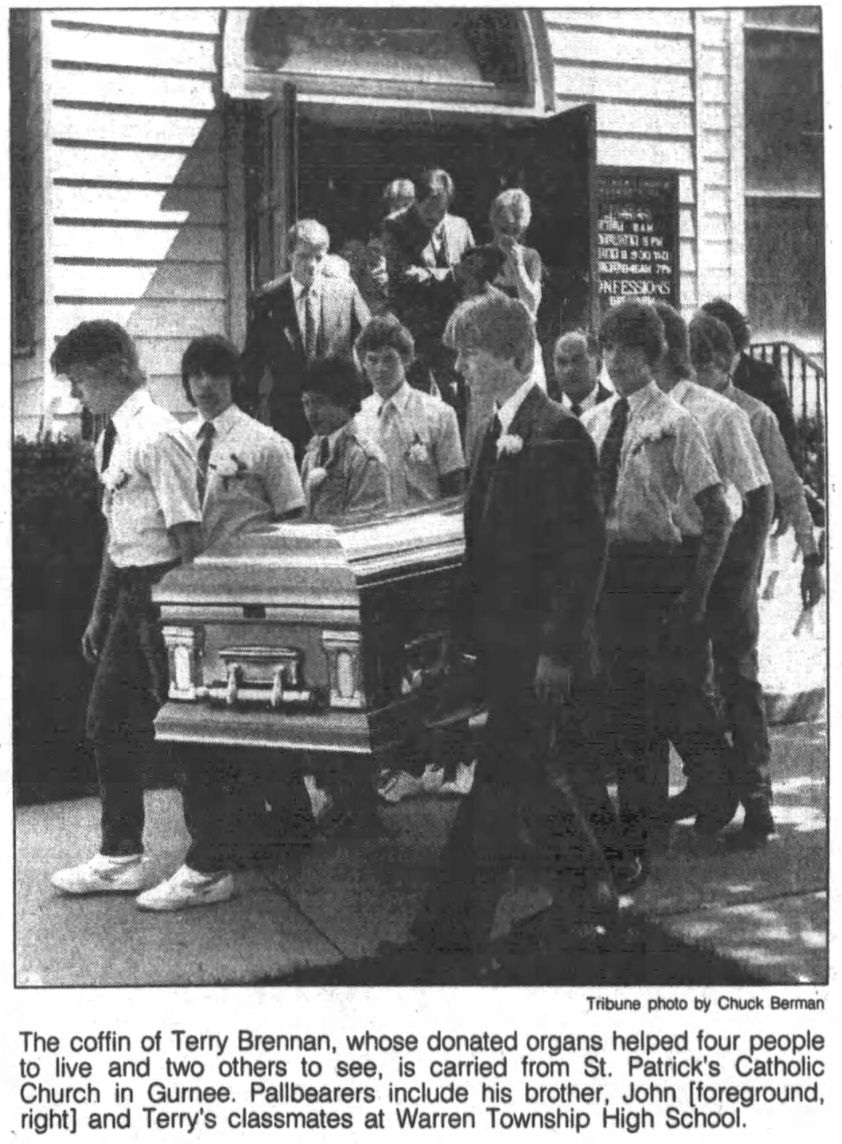 Dad started calling the newspapers and that’s when stories were written and pictures taken. I hated it! For three days Terry was in a coma and non-responsive. The doctors told my folks about organ donation and they made a decision together that was amicable… to donate and bless others. Terry was pronounced dead on Father's Day and the papers weren’t ready to let the story go. We were followed with cameras for a couple days after his death.

In the paper clipping above (me, carrying the casket) I was appalled when the media was lined up at the base of the funeral home to get their snappies. Weeks later I saw and experienced the power of the media. Girls in Australia and Japan were writing letters to tell me of sibling death they dealt with and wanted to help me cope with my loss. Though I never followed up with their requests, it showed me the power of the media from an early age.

Pin It
Sign up for email promotions.
no thanks
Thank you for signing up!
Close

By continuing to browse or by clicking Accept Cookies, you agree to the storing of cookies on your device necessary to provide you with the services available through our website.